Do you have ever heard about Staycation? Do you know what it means? Staycation is a form of domestic tourism that essentially involves exploring tourism activities located near home. The motivations behind the staycation can be diverse, some of them include the desire to discover new places and attractions that a local destination has to offer, reduce travel time and costs, and promote more sustainable tourism.

The Bernies, characters from the promotional series “Staycation”, from OPENîmes Tourisme, ended up embarking on this local adventure by chance. The family was about to go on vacation in Seychelles, but a last-minute flight cancellation forces them to explore their countryside instead.

This setback turned out to be an excellent opportunity for the family to rediscover their region and to bond together back. Good storytelling and the touch of sense of humour make the public to be curious to get some time to explore the Nimes region in France.

For Quentin Uriel and Grégoire Aubin, from the production company K PRODZ, “The series is not only aimed at a local audience eager to rediscover its territory, but also to a larger international audience. Staycation is not really about a specific famous site or an unmissable event. It’s about a way of life, a way of live in the South of France.”, said.

The staycation's concept emerged in 2007 in the United States, but it still has gained prominence nowadays, in which travel restrictions have made people opt for exploring local destinations.

Nowadays, staycation is becoming the most popular tourism trend during the pandemic crisis, and it is considered fundamental to support local tourism and economic recovery. It is also a way for travelers to discover and appreciate their region or country's destinations and culture.

The series narrative is very current. Therefore, the film was featured in the Grand Prix CIFFT Circuit 2020, a competition that brings together the World’s Best Tourism Film Festivals from 4 continents.

It does not stop here. With this collection of international awards, Staycation has also received the World's Best Tourism Film award in promoting Tourism Destinations Cities category.

To know more about this successful series's creative process, we spoke with the CEO Quentin Uriel and the dramatist and screenwriter Grégoire Aubin, from the production company K PRODZ.

The creative process behind “Staycation”

Interview with Quentin Uriel and Grégoire Aubin, from K PRODZ

Staycation was developed by K PRODZ for Openîmes Tourisme, a tourist office in the south of France in charge of several cities around Nîmes, known as the “French Rome”. Openîmes Tourisme was created in 2019 and wanted a bold marketing campaign for its launch.  We then suggested an idea, a series of trailers for a fake movie, a movie that would never actually come on screen. A movie about a local family called the Bernier, forced to spend their holidays at home. The audience on social media not being aware of the true nature of the trailers, we came across a great public response! Everyone was kind of expecting the full-length movie to come out. The audience is then eager to learn more about the movie, then about Nîmes!

Once the concept cleared, we wrote the series hand in hand with Openîmes Tourisme. The main challenge was to write a trailer without writing a film. Therefore, we needed to give the audience the illusion of a full structured plot with character growth and all. Staycation being a touristic video before anything else, the series must of course show the tourist destination and all its wonders. The story then always serves the goal of Openîmes Tourisme. Each scene showcases a famous site, a typical restaurant, etc.

Casting the family was an instant success. The local team of actors and actresses were truly a part of every step of the production, always proposing a new idea for a better story.
The location shootings were on a tight schedule but really pleasant, with the help and involvement of local partners such as hoteliers, restaurateurs and artisans. It was important to us and to Openîmes Tourisme to understand the expectations of the local partners. After all, our success would be theirs too.

Staycation is all about showcasing Nîmes in a fun and new way, far from traditional advertising. It is harder and harder nowadays to get the attention of the audience, social media demands innovation and strong storytelling.  By telling the story of a typically french and modern family, Staycation showcases the tourist destination with wit and humanity.

The main challenge was to combine advertising and fiction. Creating a consistent and engaging story and showcasing the tourist destination. During the writing process and the shooting, we needed to find the best locations, the best dialogues and beats of the scenario to serve both the objectives. A compelling story and a good commercial.

Our main goals were to showcase the destination, to involve the local partners, to stand out from more traditional advertising and to find an audience on social media. Our goals have been reached! Staycation was a part of numerous festivals across the world, local partners have been involved on every level of production, sometimes being actors themselves in a scene or giving prizes to the audience during Facebook contests. Finally, the audience has been and is still involved with the series, the reactions are still positives and strong on social media.

We believe that a good tourism video is a video that loves the destination. The true work of art isn’t the video, but the destination itself. One must never forget that while creating such content.

The key to good storytelling to promote a tourism destination is to never forget the destination. Again, the assets, the sites and the attractions are the true story. The main character actually. The destination is somehow the protagonist and needs to be treated like one.

In a world of VOD platforms, Youtube influencers and Tik Tok stars, video seems to be the ideal, key media. Tourism destinations themselves understand this fact, for they are more and more to help financing films in order to showcase their attractiveness to a wider and wider audience. Only video can catch the attention of the public with such efficiency.

In our current situation, video seems to reunite with its basic goal. Visiting any place on the planet has been made truly easy with the rise of various travel modes during recent years, but the health crisis, in a way, stretched the distances between countries and people. The simple act of travel is sometimes almost impossible, and video regains its original purpose: showing places that are physically inaccessibles.

For a long time and until not so long ago, a good tourism video was mainly about showcasing beautiful places and famous sites, with powerful music and frenetic editing. Nowadays, the travel video marketing sector tends to bring tourism back to a more human scale. We want to see people, we want to see life and what the destination is really like. And lucky for us, staycation is currently a real trend. Even before the health crises, people were more and more eager to spend their vacations at home, rediscovering their territory. 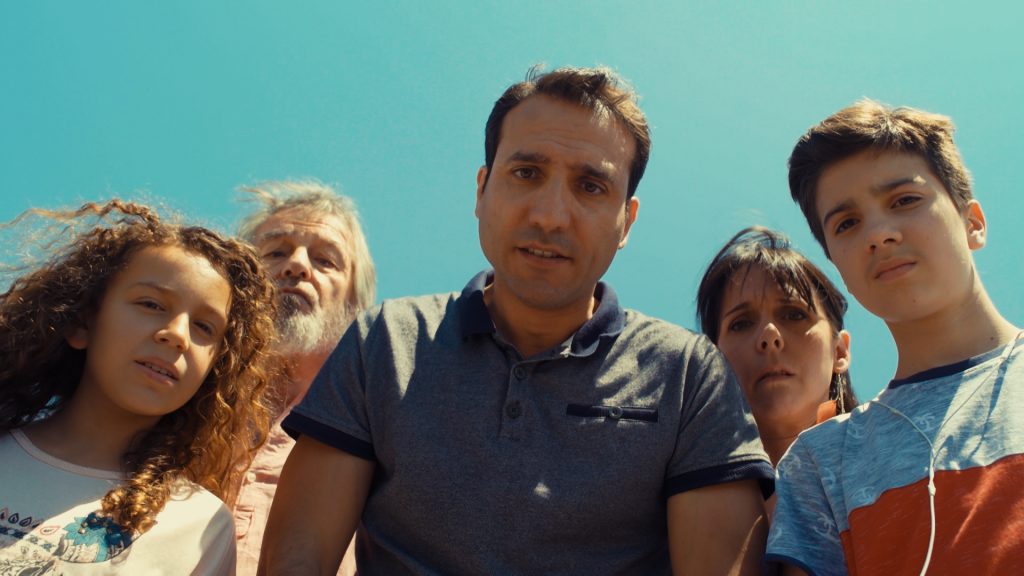