Conil de La Fronteira, located in the southwest of Cadiz, Spain, is a coastal destination of ​​outstanding natural and cultural wealth. The village holds a treasure - the Almadraba, ancient art of bluefin tuna fishing, which currently survives in very few places.

The Almadraba has been practised for more than 3.000 years on the Cadiz coast. The technique was introduced by the Phoenicians and continued under the Romans and later the Moors. It is a sustainable and artisanal practice deeply rooted in local society and culture, as an immaterial legacy transmitted from father to son in different generations.

Conil’s history is anchored in the sea and the fishermen’s nets. “The Captain”, its promotional film, used the fishing captain’s traditional figure to present the village’s origin, its culture, and its form of social organization.

The film presents the pride and love of the local community, who have in Almadraba not only their livelihood but their identity. With “The Captain”, the public can see that bluefin tuna is much more than an admired gastronomic product. It is culture, struggle, work, and heritage.

“There are many videos and reports about tuna, but focused on the animal or its form of capture. Or in its gastronomy, with magnificent chefs and very striking ways of tasting it. But we had never transmitted the history and the daily life of the people behind it. We wanted to create that empathic current that, due to the relationship of tourists with our destination, we knew would arouse interest.”, said Diana Andión Sanmartín, Managing Director of the Conil Municipal Tourism Board.

“The Captain” differs from its powerful storytelling, which values the destination’s human side, creating a genuine connection with the audience.

The title of World’s Best Tourism Film achieved at the CIFFT “People’s Choice” Award 2020 validated that the strategy adopted to promote the tourism destination was a success. The video from Conil de la Frontera competed with 30 other tourism films, and received 18437 votes coming from 54 countries.

For Diana Andión Sanmartín, “The CIFFT “People’s Choice” Award has been our best showcase. We have shown that we feel proud of our locality: our roots, heritage, and history. Many people have told us that they were unaware of what was behind a popular product, such as bluefin tuna. From now on, when they consume it, they will be aware of everything that the simple act of enjoying it at their table and their relationship with Conil implies. Without a doubt, we believe that it was the best opportunity to promote our destination”.

To know more about “The Captain” creative process, we spoke with Diana Andión Sanmartín, Managing Director of the Conil Municipal Tourism Board and Juan Cernadas, Director of “The Captain”, co-founder of Innova Films.

The creative process behind “The Captain”

Interview with Diana Andión Sanmartín, Managing Director of the Conil Municipal Tourism Board

We wanted to make known what is behind a tourism product, the human factor. Breaking with the most common tourist promotional videos, which show spaces, resources and activities. To show the most human face and thus try to empathize and share. We started last year, presenting the people of Conil, one of the main attractions as a destination according to surveys, in their own work and family environment. This year, with “El Capitán”, we showed the human factor throughout history, behind the best-known gastronomic product, the Almadraba tuna.

Although its almost documentary format, we must not forget that it is a tourism promotional video. We want to show that behind the best gastronomic product, there is history, the rebelliousness of a people, its urban configuration, and even the modelling of a way of facing the world. It is what tourists who know us value so much and repeat.

We focus it on a tourist with cultural or gastronomic interests.  The reality is that as we advanced in the approach, and especially when seeing the final result, we assume that it was a video aimed at a curious tourist who wants to deepen and interact with the destination, know it thoroughly and integrate into it. We could say that these are people who do not “consume” tourism but rather live and respect it.

Eating Almadraba tuna is more than just a delicious gastronomic experience. Eating it in Conil is also more than just having that experience in a beautiful white town with many tourism services, beautiful beaches, impressive sunsets and a good atmosphere. It is a historical legacy whose protagonists, along with tuna, are people. From history to the present.

Empathy with the destination and its people, the feeling of being the end of a chain that began centuries ago, millennial in fact. The emotion of knowing the “why” behind the “what”. Understand that the streets that are walked on, the products that are consumed, the symbols that are perceived, the sayings, the names, the way of being... have a long history behind them that has made them the way they are. And tuna, a product highly positioned in the gastronomic and tourist market, is much more than that short moment of enjoyment at the table. Arouse curiosity and give value to everything that, at that moment, they want to live.

Technology must be at the service of the story we want to tell. It has to make sense. The tourist wants to know what is behind and blend in with the destination. Consume the products, live the spaces, be from Conileño and create emotions associated with feelings and senses they will want to remember and repeat. The story we tell must have a strength that hooks and wants to reach the end. And the ending is undoubtedly in Conil. As is the beginning of the story, they will want to live in the future, return to our destination, and know more. But we want real stories. We show what we are. 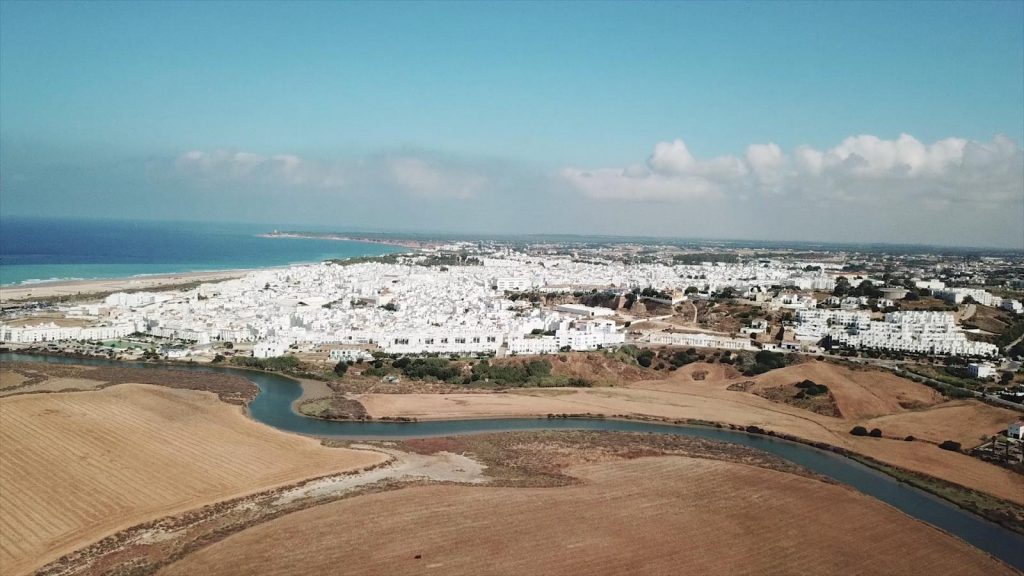 Interview with Juan Cernadas, Director of “The Captain”, co-founder of Innova Films.

It was pretty straight forward. From the beginning, there was a very good understanding of what Conil Tourism was looking for and smooth communication between us. We first worked on the script, and they liked it very much. Once we knew the casting, we started shooting. Everything was filmed in two days and a half, though the shooting dates were split throughout six months approximately.

The purpose was to create a beautiful piece that showcased the art of Atlantic bluefin tuna fishing in Conil. This type of fishing is called Almadraba and the people from this town have been practising it for around 3.000 years. It is a key part of Conil’s culture and heritage, so we thought it was a good idea to make it a tribute and an innovative way to approach a travel-touristic video.

The actual bluefin tuna fishing was the main challenge during film production. We had a very limited crew to grab this scene, and everything happened very quickly. However, I think we managed to capture what was needed. Apart from that everything went very smoothly and everybody worked closely in order to achieve a good result.

The main goal was to create a meaningful and engaging film that speaks about Conil from a new perspective. We aimed as well to add some sort of magic and legend to the film, as we understand that it is a key feature of this ancient fishing art. We wanted the fishermen to play the lead in the movie and that’s why we went for a documentary style. I think that the film is going very well worldwide so, definitively, mission accomplished.

I think that a good tourism video needs to inspire, to thrill, to move the audience. It has to make the viewers feel something. Otherwise, it is boring, and that’s exactly what you don’t want your film to look like.

In my opinion, the key to good storytelling in travel-touristic videos is mastering emotions. It can be laughter, tenderness, action… But whatever it is, the filmmaker needs to know in the first place what type of emotions his/her film is going for. It is quite difficult that any film works skipping this first step. 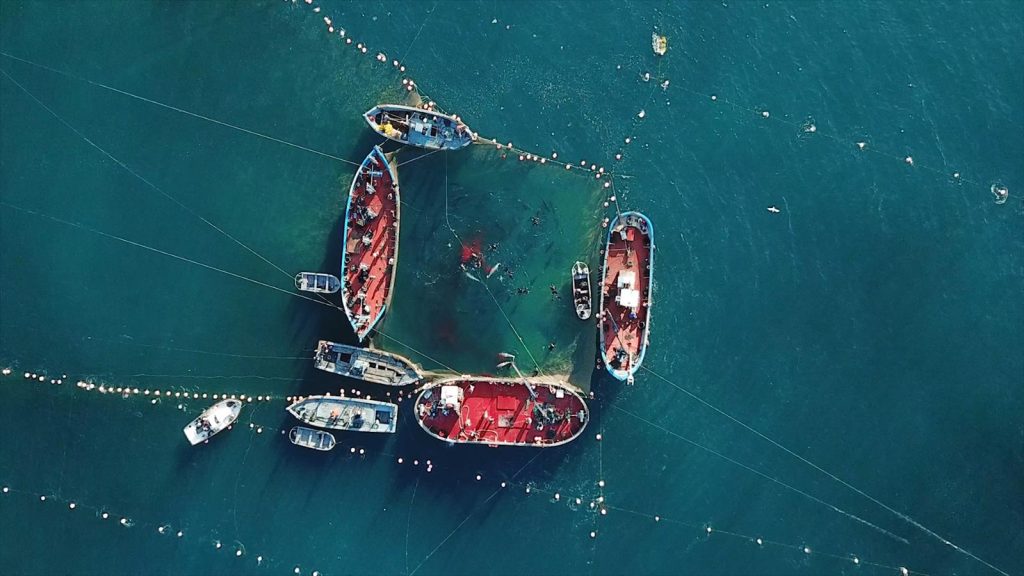