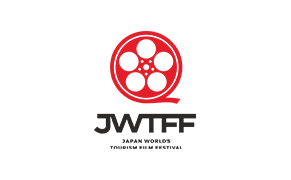 Our festival has just stared in this year, and we call for film for next year edition. Our venue is located in Osaka, one of the biggest commerce cities in Japan and will be the most important city for international tourism. Our mission is to find great tourism films in world, give award to them and contribute to future tourism by means of achivement in Tourism film.

Our film festival associates with “ART&TUR” (Portugal) and “TERRES TRAVEL FESTIVAL” (Spain), historical international tourism film festivals. Thanks to this connection, not only  Japanese current tourism films but also cutting edges of the world’s tourism films gather in our festival. Through screening these films,  professionals of communication technologies such as tourism, films and 5Gs discuss and ponder the future of tourism films. That is Japan World’s Tourism Film Festival.

In the first edition, 244 films had entries and more than 50 awards had given. The festival, second edition, will be held in Osaka, Japan in Fabruary 2020.