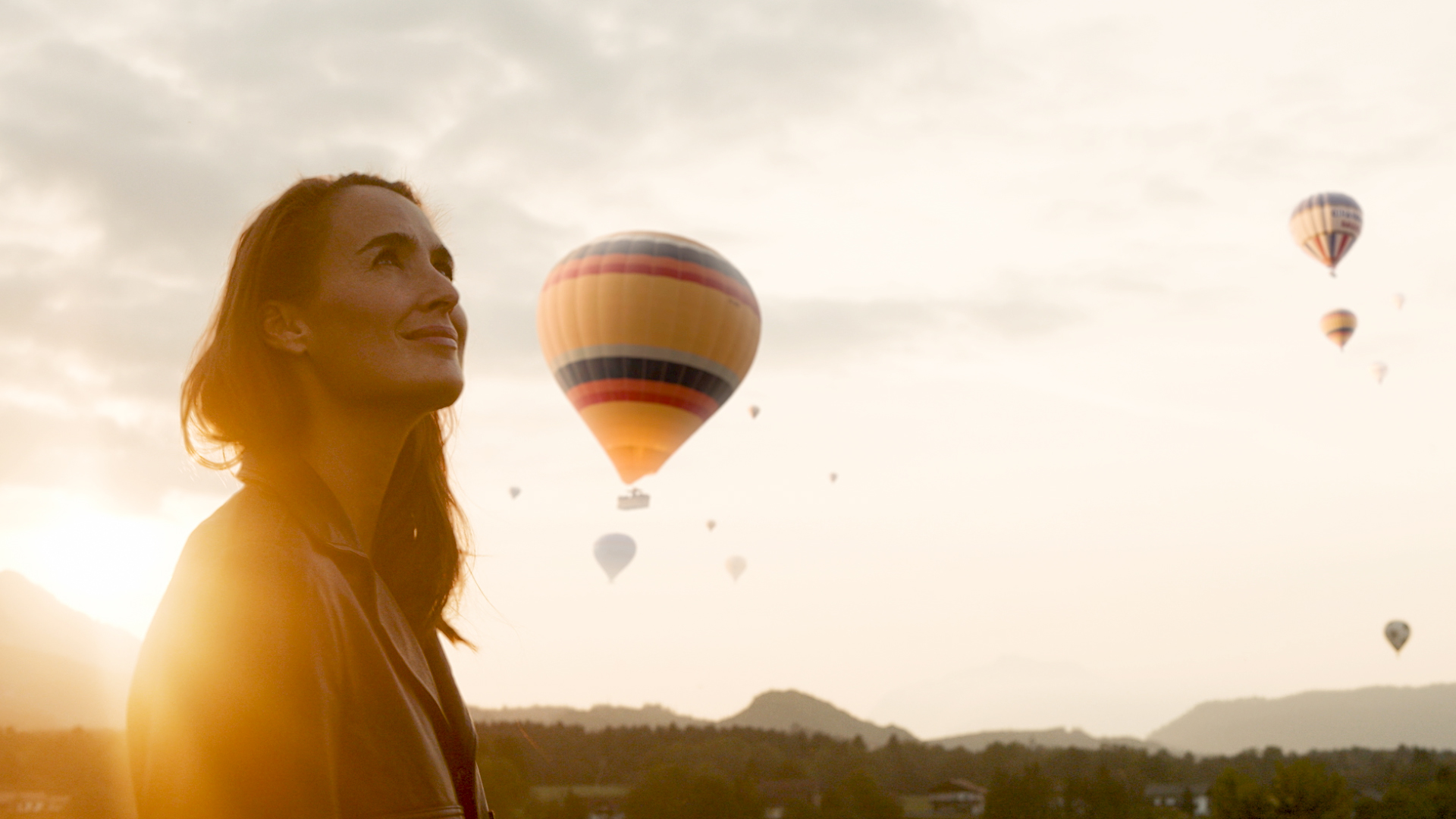 The content of the location film Carinthia, includes relevant hard facts about the business location Carinthia & in the sub-context and at the same time, the film shows an authentic picture of the main female character. The film should present a harmonious balance between special everydayness, landscape and one’s own understanding of culture – an atmosphere in which work, inspiration and private life can be in harmony. As an economically relevant location, Carinthia combines key areas of strength in terms of location policy (material goods production, tourism, bioeconomy) with specific, corresponding fields of expertise (innovation, education and sustainability). All of this is meant to be captured in this film in a subtle way, but always present.

“This dynamic location film is intended to embody a spirit of optimism, the courage to break new ground, but also the certainty that Carinthia has a wonderful basis for a lifestyle of the future. A high clock frequency in the film editing, coupled with a large number of changes of location, makes the film look lively and dynamic. A targeted interplay of the setting sizes between super totals (freedom, foresight), subjective POV (point of view, personal feeling, mood) shots of the female protagonist, intimate close ups of the personality up to partially macro-like detailed shots for the staging of special features are a central key element .
Everything should be arranged in the flow of movements (camera movement or movement of the female protagonist) in the film montage. We want to give the impression of countless personal snapshots / sensory impressions that merge into a whole – the personal departure into a new aera in Carinthia. In addition to the staging of the target group-oriented advantages and special features of Carinthia, the state is highlighted as livable, attractive and as an environment to be discovered again and again.
The especially composed background music & sound design(soundtrack – “”it’s my life””) clearly reflects a modern & at the same time grounded interpretation of the lifestyle of a new generation of Carinthians. The internationally acclaimed Carinthian composers Daniel Stadler and Manfred Plessl are a “”perfect match”” for this project.”

The target groups are specialists and investors from Europe and all around the world, returnees and all people who can imagine Carinthia as a new home or a new job or place of relaxation.