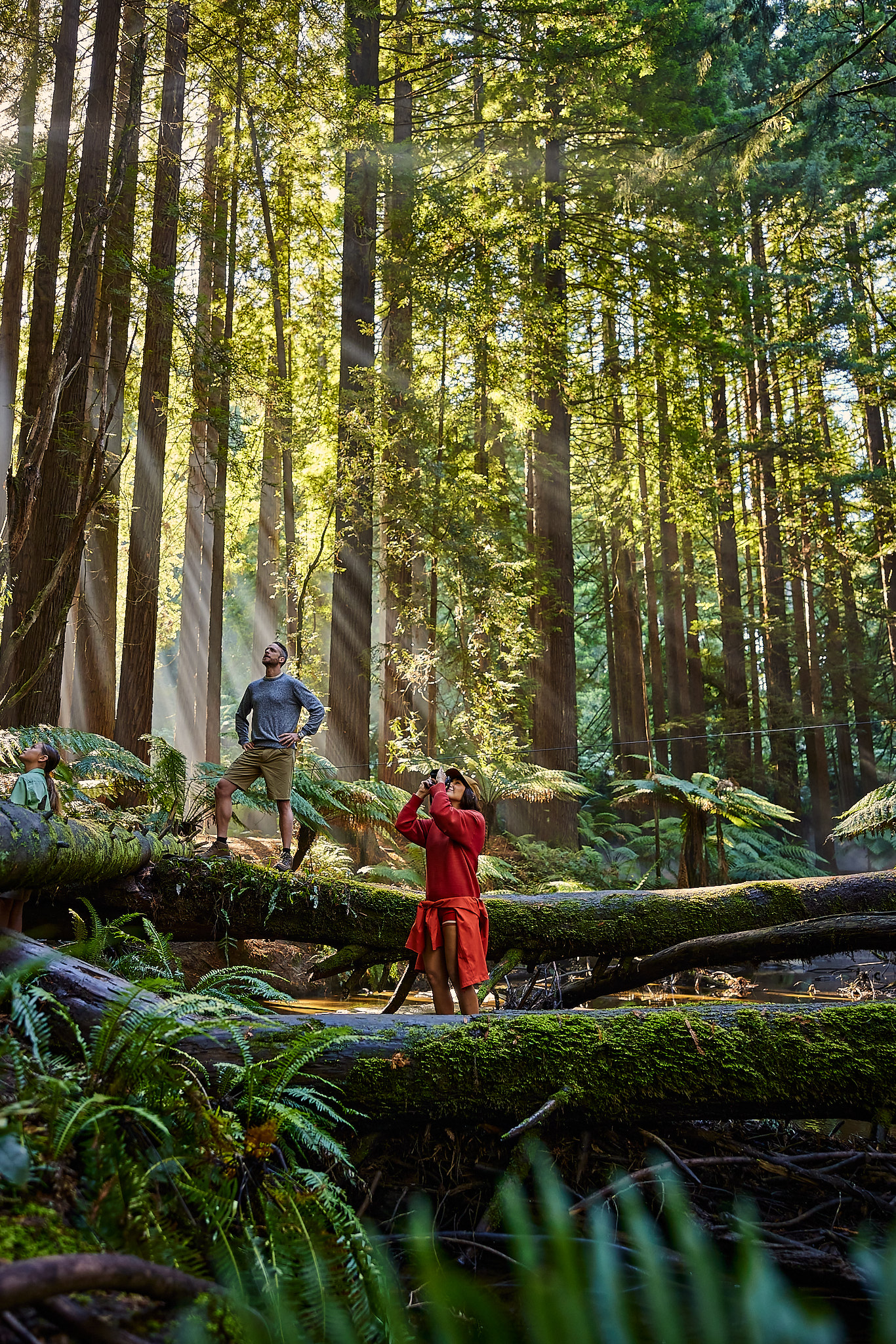 Leveraging Australians’ collective fondness of big things, the Epic Holidays TVC calls on local travellers to, instead of re-visiting ‘big things’, ‘go big’ and travel to Australia’s iconic tourist destinations.
TA enlisted popular national ambassadors Hamish Blake and Zoe Foster-Blake as metaphorical tour guides on a stunning cross-country adventure to discover Australia’s “next big thing”. The majestic, albeit humorous, journey sees the couple travel from Purnululu National Park to Kangaroo Island and concludes in the Litchfield National Park.
The TVC concludes with Hamish’s realisation that “big” adventures don’t require a passport or international flight to be ‘big’, Australia itself is in fact the big thing Aussie travellers are looking for.

While Tourism Australia has an extensive history of cultivating and converting international visitation to Australia, the COVID pandemic has given TA the opportunity to turn its attention inward and encourage Australians themselves to (re)discover their own backyard. Tying into the business’s overarching Holiday Here This Year campaign and messaging during the pandemic, the Epic Holidays campaign urged Australians to go beyond the familiar domestic holidays and ‘go big’ instead.
Prior to the pandemic, Australians spent more overseas than foreign tourists spent in Australia. Hoping to reroute that tourism spend that would usually find its way overseas and alleviate Australians’ pent up international travel demand, the Epic Holidays campaign sought to remind Australians that big adventures can be had across a plethora of Australia’s many awe-inspiring destinations, landscapes, and natural wonders.
Campaign tracking shows that our approach was effective in creating epic impact for an epic message with epic reach:
– 57% of Australians surveyed were aware of the campaign.
– 90% of them recalled seeing the ad on TV.
– 76% of respondents found the campaign appealing, with 33% finding it “very appealing.”
The campaign has also shifted Australians’ consideration of taking a homegrown holiday of epic proportions:
– 54% of Australians surveyed told us they’d be more likely to take a holiday in Australia after seeing our campaign.
– 27% of them are planning to take one.
– 14% have taken a domestic holiday they wouldn’t otherwise have taken.
– 64% agreed the advertisements reminded them of the great tourism experiences available.
– 33% respondents now realise there are more things they should experience in Australia.
– 51% agreed the campaign made them think they should take a major holiday in Australia rather than overseas.
All of which has translated into more Aussies seeking out more epic Australian adventures. According to Skyscanner data:
– By the third week of the campaign, we saw a 19% increase in flight searches to our key destinations.
– There were over 1.2 million total flight searches to our key destinations.

We know that Australians love to travel around Australia. Tourism Australia developed the Epic Holiday campaign off the back of data which showed that Australian tourists spent around $7.5 billion in the December quarter in Australia. Furthermore in 2019, Australian’s holidaying for five nights or longer contributed $31.8 billion to the economy. Using this data and considering the inability to travel internationally at the time, this campaign to sought to speak to all Australians who were craving an adventure of epic proportions.
In addition to urging Australians to consider domestic travel, the campaign wanted to remind all would-be domestic travellers that visiting the biggest and most awe-inspiring icons in every state and territory can be done in a fun and relaxed way.
To motivate behaviour, change en masse, the campaign was shown across all major commercial broadcast networks. Reaching mass audiences, the TVCs were supported with an epic 90 second cinema spot, large format OOH including light projections onto the sides of multi-storey inner-city buildings, and targeted conversion focused formats.