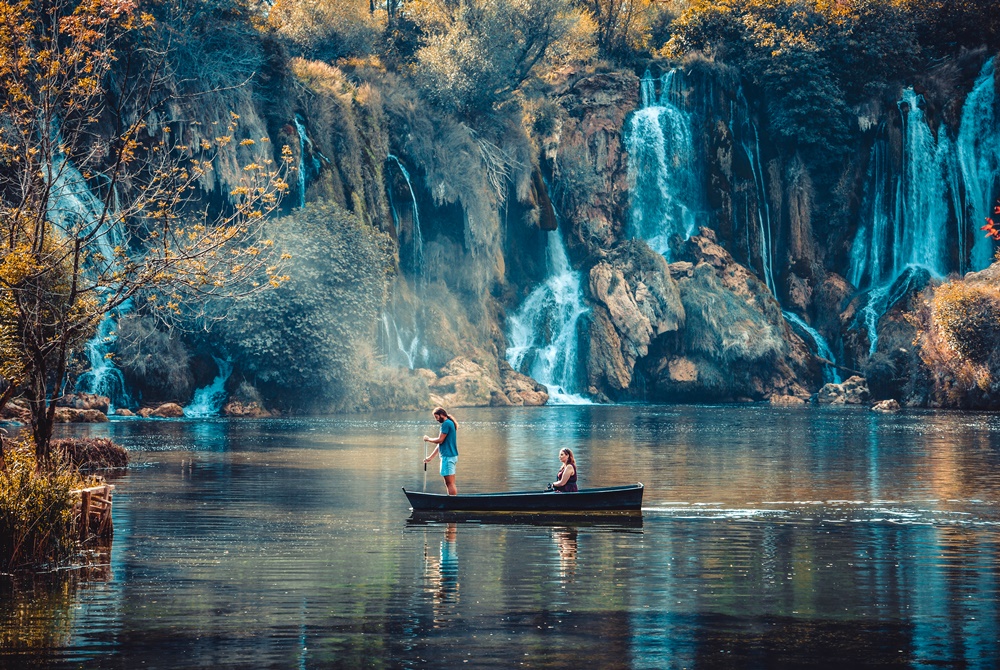 When people think about the most visited and popular travel destinations in the world, they probably first think of Italy, France, Spain or USA right? But what if I told you that there is a small and almost unknown country in the center of Europe, called Bosnia and Herzegovina, whose beauties and potentials are almost the same, if not greater than those of the countries I mentioned now? Weeeell, you would probably think I am not talking seriously. I mean, it is not easy to even find us on a map, as we are that small. But you know, even though we are just 3 million people and live on a super small territory, we are a country of many hidden gems. Did you know that we have more waterfalls than Italy, France, Spain, and the USA combined? Or that in our country you will find the biggest rainforest in Europe and the second biggest canyon in the world? Does anyone know that our churches, monasteries, and mosques have hundreds of years of rich history or that we have the biggest number of wild horses of any other country in the world, after Mongolia and Iceland? Well, that and much more you will discover if you visit Bosnia and Herzegovina, or if you just watch this video.

For a country that has gone through a devastating war back in the ’90s whose consequences are still felt today, tourism is sometimes the last thing we talk about. While traveling around the world and talking to people about my country, I would often see them completely unaware of the real situation we live in. I mean, some of them even think we still have a war here! And when the general perception of people and media is like that, it usually means, not that many tourists in the country. So, the main idea of this video is to show people around the world, how actually rich and unique place we are. How this is a safe and beautiful country that will welcome them with open hands and in which they can enjoy many things and create memories for the rest of their lives. That is the purpose of this video. And if at least five or ten tourists visit us after watching it, I will say that the mission we had has been successful.

This video is designed for foreign travelers and people interested in exploring some new parts of the world, and even though Bosnia and Herzegovina is a European country, we are still probably one of the least visited countries in the old continent. I just feel that many travelers do not see us as an interesting destination to visit and basically this thinking resulted in the creation of this video. To attract active travelers and nature enthusiasts to visit us and explore the beauties that we have.