València, November 24th, 2022. The 34th Annual World Tourism Film Awards brought together tourism and audiovisual figureheads to Valencia (Spain) to receive the prestigious titles of the World’s Best Tourism Films of the year.

During the ceremony held on November 24th at the Caixa Forum, located in the City of Arts & Sciences complex, were recognized the best tourism films across the categories Tourism Destination Cities, Regions, Countries, Tourism Products, Tourism Services, and the winner of the CIFFT “People’s Choice” Award 2022. 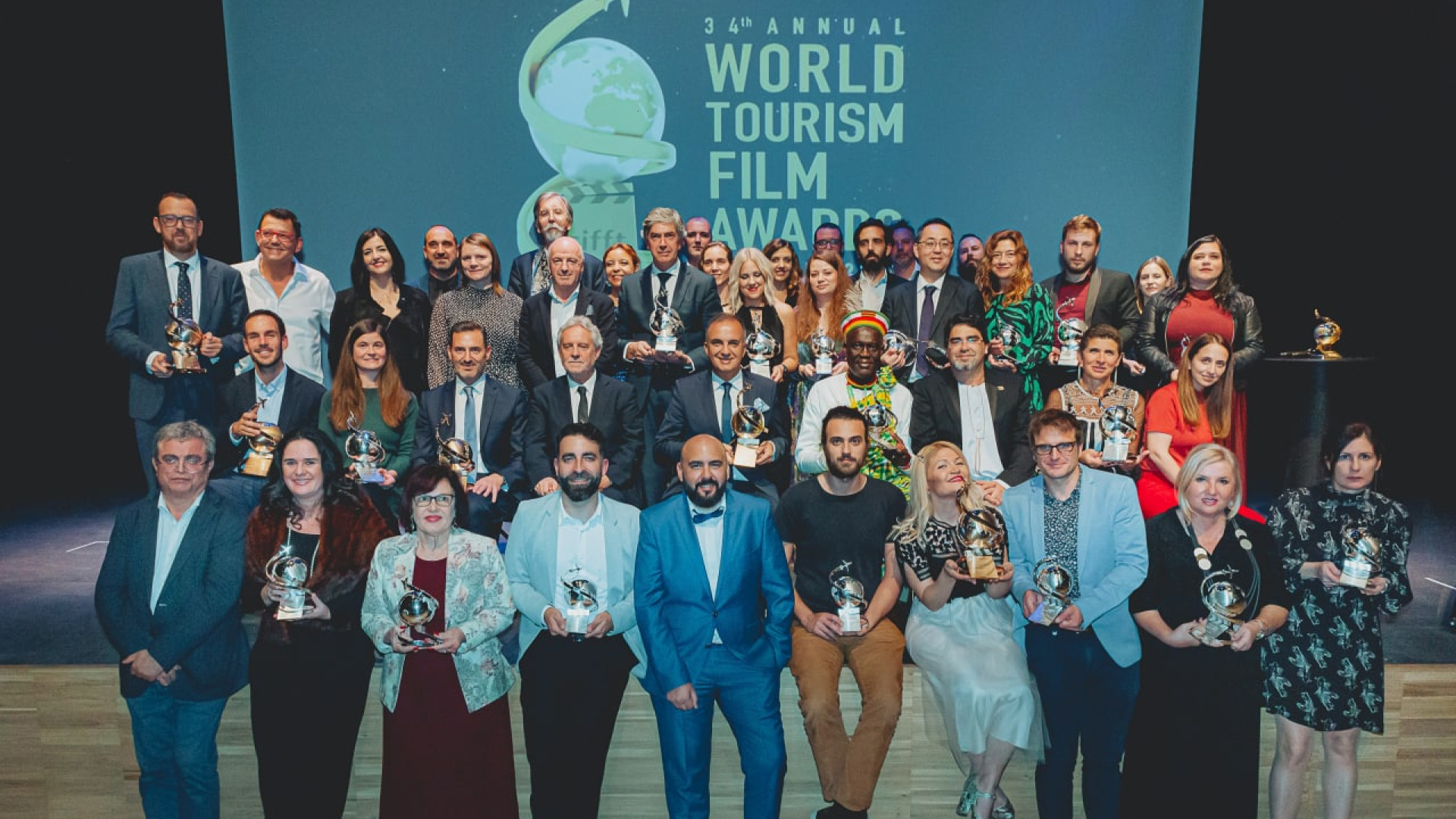 For Emiliano García Domene, Councilor for Tourism and Internationalization of the Valencia City Council, “We are pleased to welcome the World Tourism Film Awards to València in the first year that they are held outside the city of Vienna. We are aware of the power that audiovisual content has in tourism promotion and its ability to excite and arouse interest in a territory. For this reason, at Visit València, we are betting on an increasingly digital, dynamic, and creative promotion in which audiovisual content takes on greater prominence.

Through audiovisual promotion, we project that València is a dynamic city that combines a rich artistic heritage, architecture, gastronomy, and cultural traditions. As you know, this year, we are World Design Capital, but we are also the European Capital of Smart Tourism. Valencia has always shown its potential, and now it is in the spotlight as a world reference in tourism innovation and sustainability. It is a challenge for us to transmit these values ​​and make them reach potential tourists.” 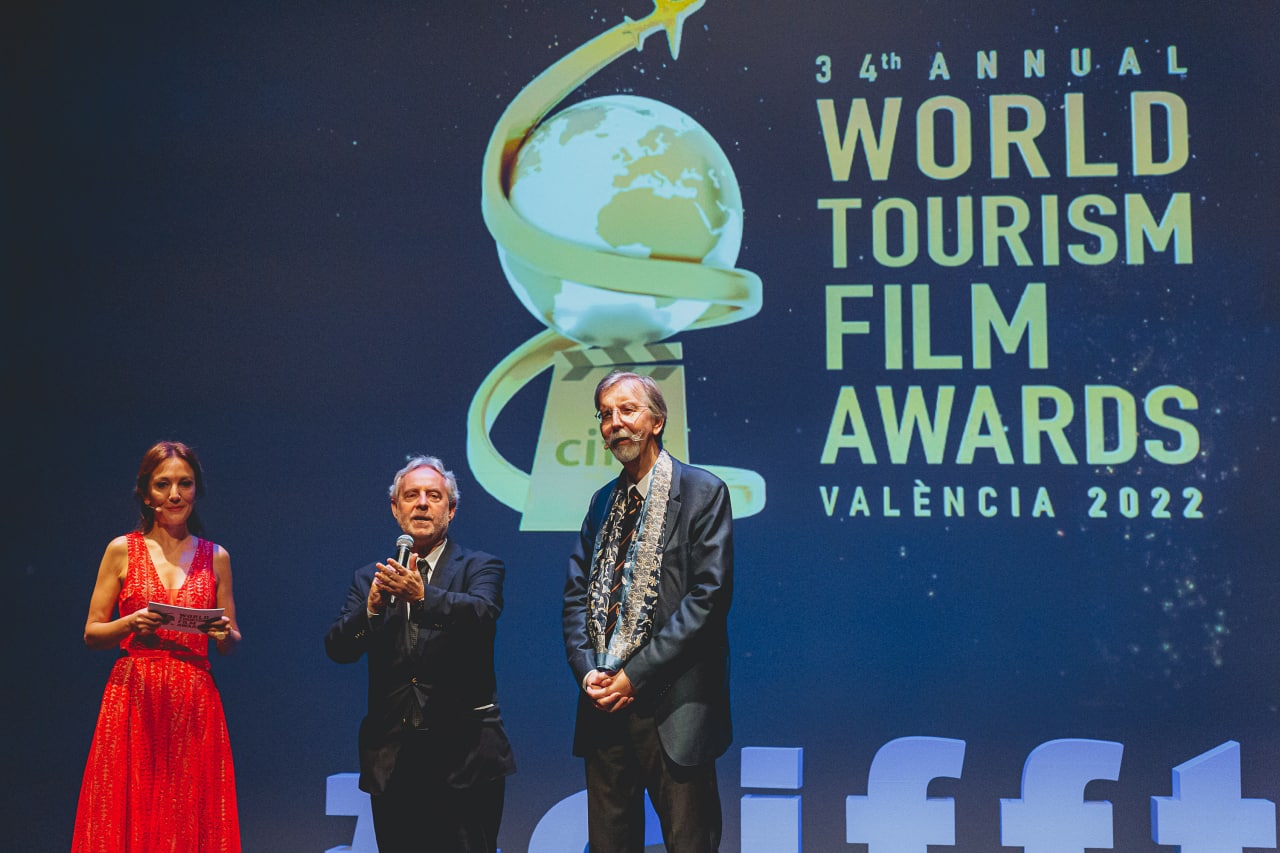 “We are delighted to be in Valencia to award the World's Best Tourism Films of the year, celebrating them with the tourism players and the creative professionals who are raising the bar in Tourism Promotion worldwide and the festival directors of the CIFFT Circuit.”, said Alexander V. Kammel, CIFFT Director.

The night’s winners were also congratulated by Mrs. Mariana Oleskiv, President of the State Agency for Tourism Development of Ukraine, who opened the ceremony with a video message that also addressed the importance of peace for tourism.

The event program also included a Welcome Reception at the Palacio de La Exposición and a City Tour where the participants had the opportunity to visit the main spots of Valencia and have a gastronomic experience.

The 34th Annual World Tourism Film Awards was organized by the International Committee of Tourism Film Festivals and Visit Valencia, with the support of the Fundación La Caixa, Valencia Tourism, Region of Valencia, Hotel Primus Valencia, Vam, and the CIFFT endorsers, including the World Tourism Organization, European Travel Commission and the Tourism and Society Think Tank, among others.

A full list of the night’s winners is below:

The World’s Best Tourism Films in the category Tourism Destinations Cities were “10 plans to live Madrid” (Spain) as the 1st place, “Cannes is Still Standing” (France) as the 2nd place, “Linz is Linz” (Austria) as the 3rd place, “Oda. side-A, side-B” (Japan) as the 4th place, and “Valencia, Host City for Gay Games 2026” (Spain) as the 5th place.

The World’s Best Tourism Films in the category Tourism Destinations Countries were “Introducing the Icelandverse” (Iceland) as the 1st place, “Experience A World Beyond” (Qatar) as the 2nd place, “Holiday Here This Year - Epic Holidays” (Australia) as the 3rd place, “The Real Egypt” (Croatia) as the 4th place, and “Explore Uganda - The Pearl of Africa” (Uganda) as the 5th place.

In the category Tourism Products, the World’s Best Tourism Films were “The Majestic Adventures of Ofelia de Souza” (Portugal) as the 1st place, “Lithuania. Find your sauna self” (Lithuania) as the 2nd place, “World Paella Day” (Spain) as the 3rd place, “Budapest MICE image film” (Hungary) as the 4th place, and “Slovenian Gastronomy: You can't spell Slovenia without love. Your plate awaits.” (Slovenia) as the 5th place.