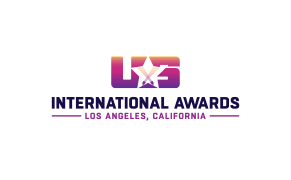 In 1967, the US Industrial Film and Video Festival was born in Chicago by the hand of Will Anderson. In the early days of cinema, Chicago was bigger in the business of industrial films and documentaries than Hollywood, and competitions began to emerge. Of course, not everything lasted, but the USIFVF did. The competition gave its initial awards in 1968 and has run continuously ever since.

In 2001, the USIFVF started operating in Los Angeles as the US International Film & Video Festival under the direction of Lee Gluckman Jr., maintaining its original mission:

“to recognize quality work produced for industry, associations, governments, education organizations whose purpose is to inform, motivate, stimulate or educate an audience.”

The loss of chairman and leader Lee Gluckman, Jr., on August 17, 2020, pointed to the end of one of the oldest festivals dedicated to corporate video.

In 2021, Filmservice International, owned by Alexander V. Kammel (IQ Member), decided to continue the excellent work developed and take the memorable USIFVF and transform it into the new US International Awards – The Brand, Corporate Video & Doc Awards.

Responding to the evolution of the digital world, the awards offer five competitions in one, recognizing outstanding corporate, online & social media, documentary, independent and student productions.