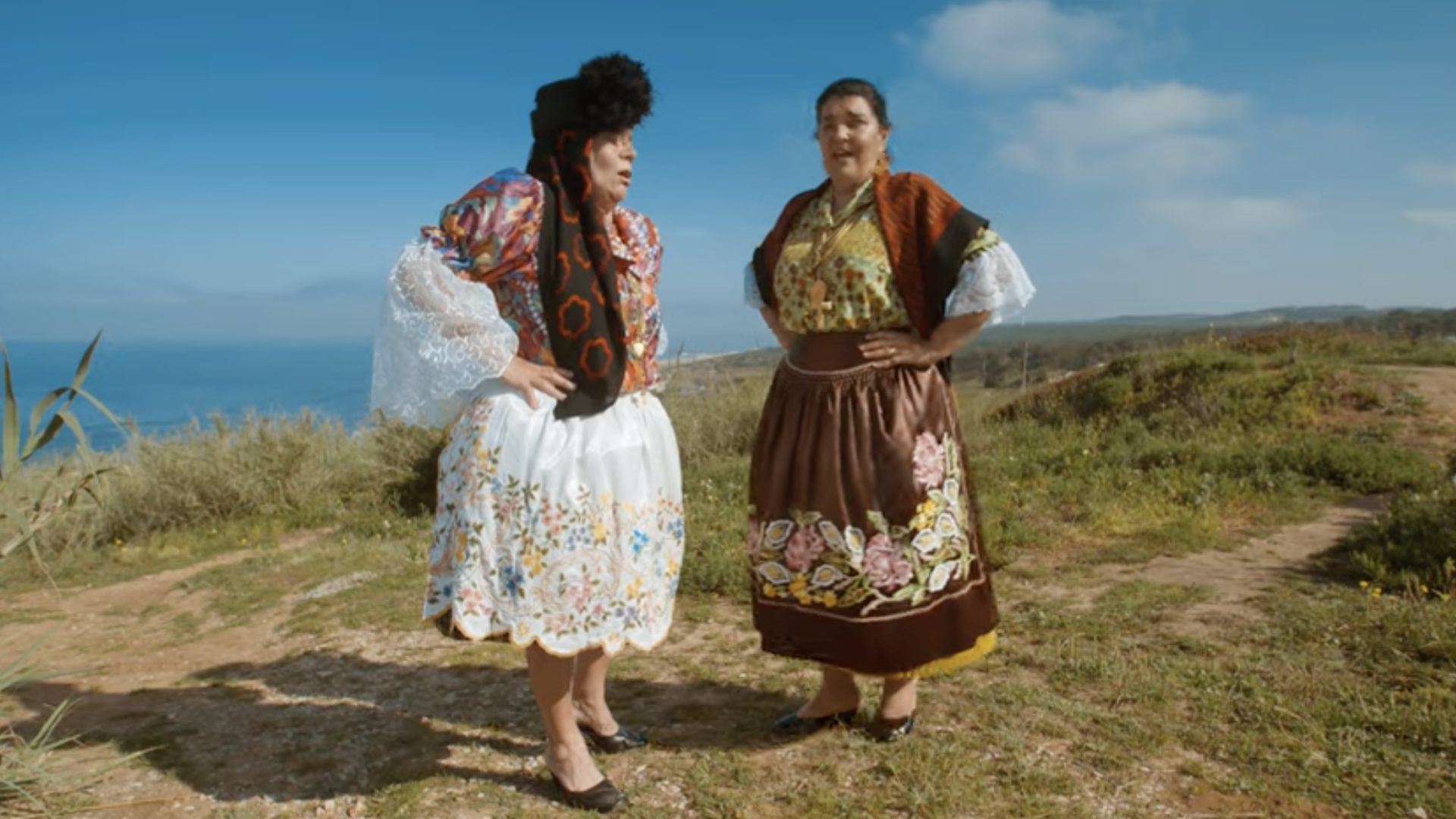 It is important to know that the Center of Portugal covers a very extensive area, with an unrivaled gastronomy, beach, mountains, countryside, historical heritage, walking or cycling circuits and places of religious worship such as the Sanctuary of Fátima. The fact is that Center of Portugal offers fun and interest for all types of people. History, speleology, religion, sport… name your preference and you can be sure that, in the Centre, it exists. What most Portuguese think they know about this region of the country is far from reality. Do you believe the Center is an interior strip? You are wrong: the extension of its coast is the largest in Portugal (279km) and each beach has its own specificity. From extensive sandy beaches to the not always gigantic waves of Nazaré. And it is precisely with Nazaré that the film begins. Two rods, dressed to the nines, tell us that “Nazaré is not just the cannyon” (see: https://www.youtube.com/watch?v=adgjoUJL63Y) and, in good humor, show the seven typical skirts still used by some natives of that land, such as vests and colorful handkerchiefs. The sense of humor of the Portuguese is also reflected in the new Tourism Center campaign, with jokes and pesky suggestions from varinas and “weekend” cyclists who are enchanted by the landscapes. Everything is shown to us in an intimate way. The campaign, aimed at domestic tourism and border Spain, has its axis in the “here between us”, as if to make the Center of Portugal our place, the Portuguese and the Spanish brother. And it shows an unparalleled whole with messages brimming with optimism and curiosity. From the child who says “Here between us and to stay open” when visiting the caves of Serra d’Aire, Portugal dos Pequenitos or Dino Parque Lourinhã; to the young religious tourist who asks for silence in the middle of the Sanctuary of Fátima; to the hiker who is making the Camino de Santiago and passing by the Convento de Cristo in Tomar (UNESCO World Heritage); to the “weekend” cyclists who traverse the countless mountain bike trails and the breath-taking landscapes of Serra da Estrela (the highest mountain in Portugal); even the businessman and entrepreneur who says “Here among us, there is no lack of good ideas”. And that’s why, and for much more, “Here, between us”, it’s in the Center of Portugal that you want to be!

The film “Just Between Us” is part of Tourism Center of Portugal tourism promotion and communication campaign, with the same name, having been released on April 28, 2021. This film’s main objective is to make known to the Portuguese the essence of Center of Portugal and solidify the region as a holiday destination for the Portuguese. The “Just Between Us” campaign has as its main vehicles a promotional film, a strong presence in digital media, television and radio spots and visibility on billboards throughout the country. It was released just as Portugal was emerging from a state of emergency. It intends to reinforce the position of the region as the first holiday destination for the Portuguese. Throughout the COVID-19 pandemic, Turismo Centro de Portugal maintains the destination “alive”, with the aim of helping companies and entrepreneurs in the sector to regain business. On the other hand, with this campaign, we intend to make the Portuguese loyal, so that they can choose the region again and spread the word to other tourists.