The promotional film “Vilnius: amazing wherever you think it is” from Lithuania, which won the Gold Award in the category Tourism Destinations City, was elected by the International Jury as the best film of the competition - the Grand Prix.  With a sense of humour already usual in Vilnius communication campaigns, the film shows that Vilnius is still an amazing city despite not being a tourism destination known by Europeans.

Promoting Cappadocia uniqueness and increasing tourism activity were also the goals of the event. The official program included film screenings in the imposing Nevşehir Castle, conferences, workshops, and exhibitions.

The International Tourism Film Festival Turkey is organized by the Nevşehir Governorship and Nevşehir Municipality, with the support of the Ministry of Culture and Tourism.

Since 2016, the festival is an official member of the International Committee of Tourism Film Festivals (CIFFT), being part of the CIFFT Circuit, a unique and prestigious competition across 14 tourism film festivals, which will define the World’s Best Tourism Films of the year. 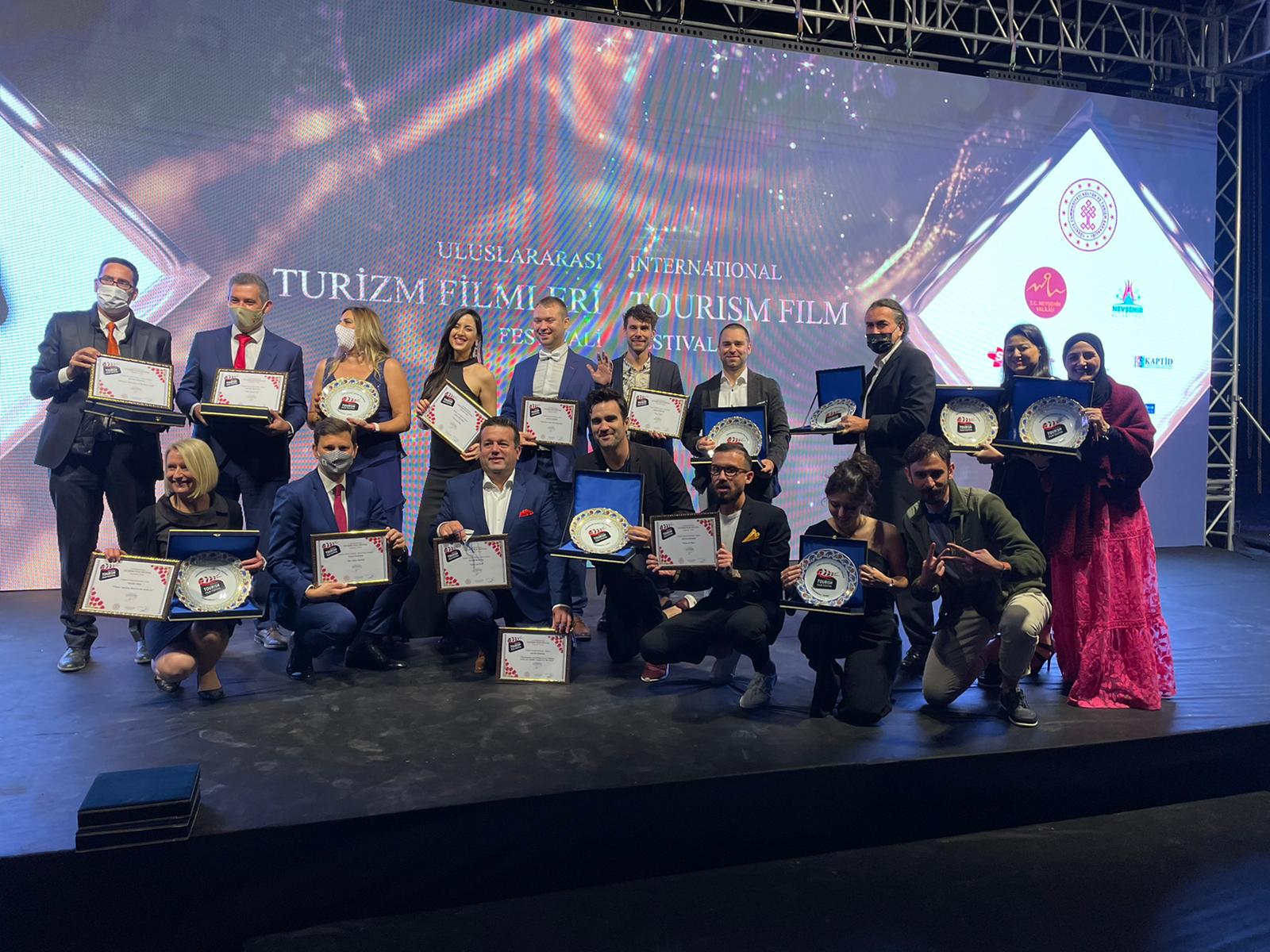 All the winner’s of the International Tourism Film Festival Turkey  2021 can already see reflected their awards in the CIFFT Ranking List, which will determine the World’s Best Tourism Films of the year.

Check out the 6 CIFFT Ranking Lists

The International Committee of Tourism Film Festivals (CIFFT) has established itself as one of the main voices of Travel Video Marketing. For the past 33 years, CIFFT rewards excellence in audiovisual communication from the Tourism Industry, positioning itself as the most prestigious competition dedicated to promotional tourism videos worldwide. The World’s Best Tourism Film Awards is the highest award for tourism films and travel videos, annually attracting thousands of competitors from over 130 countries. Know more at: www.cifft.com